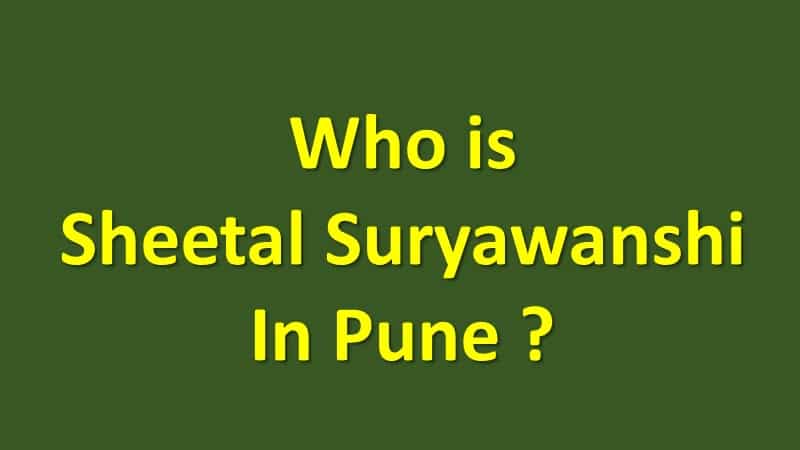 Who is Sheetal Suryawanshi in Pune & What is news please?

Sheetal Surywanshi is Koregaon Park resident, she moved into the 6,094 square-feet apartment located on the 10th floor of of the Trump Tower after renting it on leave and license basis, has sought damages and interest for being evicted much before the lock-in period stated in the agreement to the most famous personality Ranbir Kapoor for Rs 50.4 lakh for an over alleged eviction before lock-in period termination.

Sheetal Surywanshi was supposed to move back to her newly acquired bungalow after the completion of its renovation.

The leave and license Agreement:

The license fee for living was decided to be for Rs 4 lakh per month for the first 12 months, and Rs 4.20 lakhs for the next 12 months. Also Sheetal Suryawanshi also paid a security deposit of Rs 24 lakh.

Ranbir Kapoor, who leased out his plush apartment in Trump Towers, located in Pune’s Kalyani Nagar, in October 2016, has been sued by the tenant for allegedly not honouring the terms of the rental agreement.

What is the case in Pune civil court?

Sheetal Suryawanshi has sought damages to the tune of Rs 50.40 lakh and interest of Rs 1.08 lakh in the Pune civil court, stating that her family suffered ‘severe inconvenience and hardships’ due to the sudden eviction.

She stated that, in August 2017, 11 months after she moved in, she was asked to vacate the flat. She finally evacuated the flat by End-October 2017.

As per the agreement the lock-in-period was to be 24 months which was signed between the two parties i.e. Sheetal Suryawanshi & Ranbir Kapoor.

“In said notice (email), it was falsely informed by the defendant (Ranbir) that he wants to shift into the said premises, and for this reason, plaintiff (Suryawanshi) was asked to vacate the premises in contravention of the terms and conditions of the leave and license agreement,” the suit states.

Sheetal Suryawanshi alleged that she was ‘maliciously deceived’ by Ranbir to vacate despite of the lock-in-period of 24 months. The suit also informs that, Suryawanshi shot a notice to the actor  in January 2018 but did not got any response.

On the other hand, Actor Ranbir has denied all allegations and has filed his clarifications to the court, and stated that Suryawanshi was not asked to vacate the flat because he was moving in, reproducing a portion of the leave and license agreement. As per him, the clause in the agreement states about the lock-in period of 12 months and that the licensee (Suryawanshi) cannot terminate it before said period. The portion reproduced in the response also states that if Suryawanshi terminates the agreement before 12 months, she will be liable to pay the rent for the remaining period.

Ranbir’s response further states that “Plaintiff cannot unilaterally change, modify or interpret leave and license agreement to suit her convenience,” he also added that Suryawanshi vacated the flat on her own free will and that she defaulted on rent for 3 months before leaving, hence it has been deducted from the deposit.

“The defendant (Ranbir) is a famous film actor and busy in his occupation. There is no reason for the defendant to deceive the plaintiff in any manner whatsoever and allegations on him by the plaintiff are unfortunate and uncalled for,” states Ranbir’s reply.

When is the next hearing?

The case is scheduled to be heard next on August 28.

What is Trump Tower Pune?

Each apartment of the Trump Tower is spread across 6,100 square feet, are part of a massive complex comprising two towers of 25 floors with a total of 44 apartments.

Point to be noted here is that this property is not owned, developed or sold by the The Trump Organization, but Panchshil Realty and Developers Private Limited, the owner and developer of the property (in association with Premsagar Infra Realty Private Limited), have only received the rights to use the name ‘Trump’ under a real estate licensing deal with Trump.

Interior Design of the Trump Towers

The interiors have been designed in a highly contemporary style.

Each apartment has the greyish hues of the silk georgette marble giving a continuity and harmony.

The marbles are led in a particular format similar to a parquet laying, thereby giving the magical effect by enhancing the grains.

A decorative library between the entrance and the living room, realized with a slim wooden structure and transparent glass partition panels surrounds the space, providing intimacy while maintaining a feeling of lightness, transparency and openness.