Owl Festival Dates : Precise dates are not yet declared due to Covid-19 senario

You will be able to participate in interactions and discussions with the orinthologists, researchers, photographers and filmmakers around the world.

You will be able to see wildlife-themed pendant collections, owl-based stamp and coin collections.

It houses the “Ela Center for Ornithology”, the “Center for Education and Research” and Administrative Office.

Satish Pande, ornithologist and co-founder of the Ela Foundation

— Around 40 countries will attend the conference

— School children coming from both urban and rural institutes

Visit this festival to wipe-out the myths about owls! Learn, understand and participate in conservation of Owls in India.

A report by the NGO TRAFFIC shows that 78,000 owls were killed in a year, to smuggle their feathers and beaks that are used in traditional medicines and other unscientific practices.

Use of owls in black magic and sorcery driven by superstition, totems and taboos is one of the prime drivers of the covert owl trade, finds a TRAFFIC India investigation into the illegal trade, trapping and utilization of owls in India.

The sacrifice of owls on auspicious occasions appears to be a regular practice which peaks around festival of Diwali in India !

Why Owls are important in Eco system?

Owls are beneficial particularly to farmers through their predation of rodents and other crop pests.

TRAFFIC report on Owls in India — “Imperilled Custodians of the Night”

Hunting of and trade in all Indian owl species is banned under the Wildlife (Protection) Act 1972 of India.

International Owl festivals organized in USA which will be held on March 1-3, 2019 – Houston, MN, USA 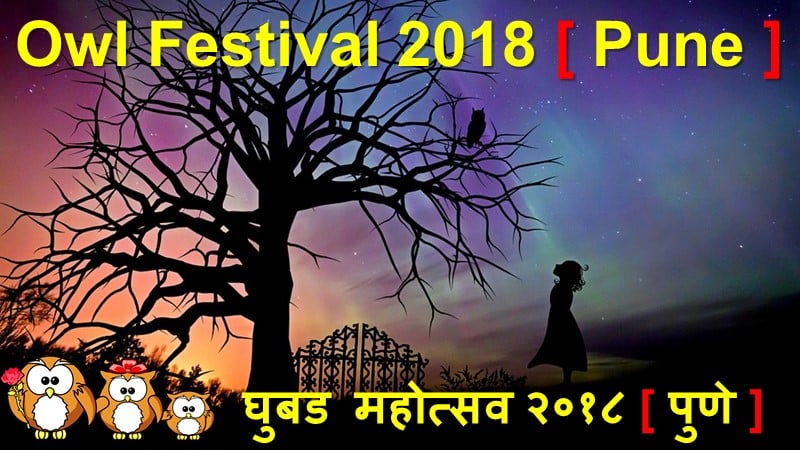 Most of the residents are Maratha with surname Shinde in this village.

As on date agriculture is the main source of livelihood for the villagers.

Vagheshwari devi (Godess) is worshiped as kulswamini in this village.

There is a beautiful temple of Vagheshwari mata built by Bapuji Vithoji Shinde in 1812 A.D.

What to see in village ? Samadhi built in Peshwa style and similar to the 17 century buildings.

How to reach Owl Festival of Pingori (Jejuri) from Mumbai ?

—  Mumbai to Pingori distance is 216 kms via Jejuri